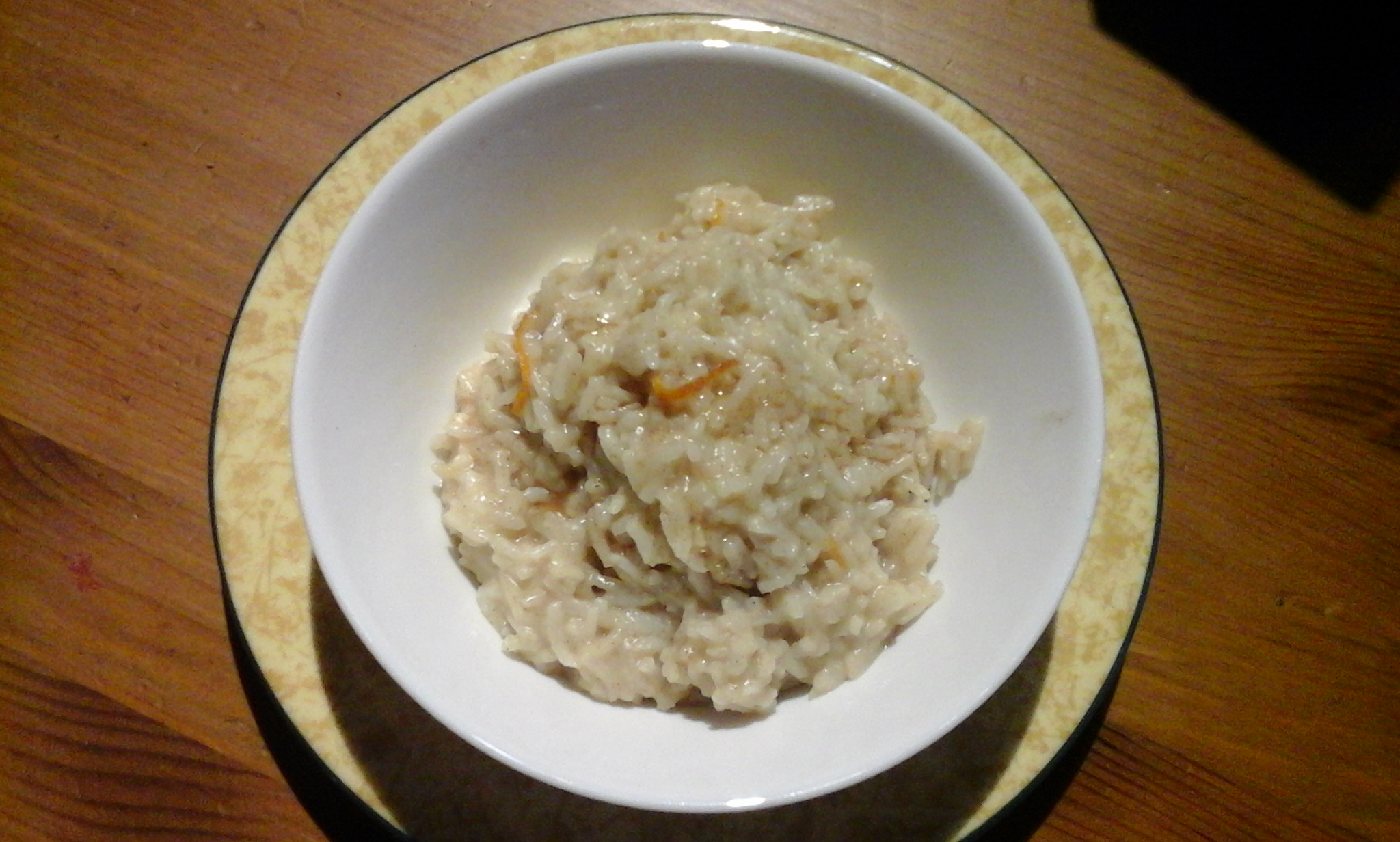 This recipe is completely vegan and completely delicious (just cause it’s vegan doesn’t mean it’s not delicious!). It has a mellowness from the coconut milk and a tartness from the orange juice taste. It’s also very healthy for you. The ginger and orange zest livens the pudding and makes it a memorable experience. You can eat this as dessert, breakfast or even as a snack. The pudding is fresh and pungent.

In a sauce-pan mix the coconut milk, water, orange juice, vanilla extract, salt, and rice. Put the pan over a medium heat. Bring the mixture to the boil and then turn the heat down so that it comes to a simmer. Slightly cover the pan leaving a small space for the steam to escape. Stir the rice every 5 minutes so that it doesn’t stick and burn. Simmer for about 30 minutes or until most of the liquid has been absorbed by the rice. Once most of the liquid has been absorbed turn the heat off and place the lid over the pan. Let the cooked rice sit for about 5 minutes.

Mix the honey, cinnamon, ginger, and orange zest in a bowl (leave a little ginger and orange zest for the garnish). Pour this mixture over the rice and mix gently with a fork.