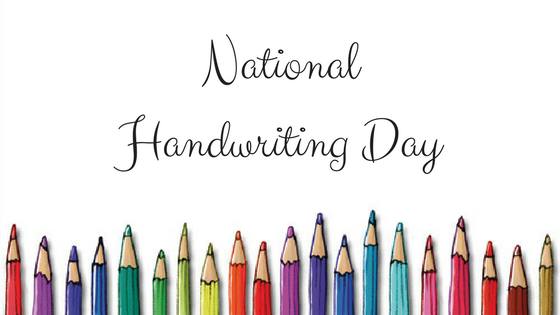 On National Handwriting Day, take a look at what your style of writing could say about your personality

Is the pen mightier than the keyboard?

The rise of computers may eventually kill off handwriting but, for now, there are still some aficionados out there who refuse to put their pens down.

National Handwriting Day on January 23 celebrates the handwritten word, with the Writing Instrument Manufacturers Association (WIMA) encouraging others to use a pen or a pencil to “rekindle that creative feeling through a handwritten note, poem, letter or journal entry”.

“Though computers and e-mail play an important role in our lives, nothing will ever replace the sincerity and individualism expressed through the handwritten word,” said David H. Baker, WIMA’s Executive Director.

But what does your handwriting say about your personality? Research by the National Pen Company in the US claims handwriting can give clues about 5,000 personality traits.

It’s all based on graphology, the process of analysing handwriting, which is classed as pseudoscience as it is considered to be without scientific foundation.

Here’s what the research by the National Pen Company says: click through for more via National Handwriting Day: What does your handwriting say about you? – Telegraph

Apparently I’m very private and hard to read. Probably true but not once you take time to get to know me.

Bring back the pen – Virgin.com

The Art of Handwriting – Is it Lost?